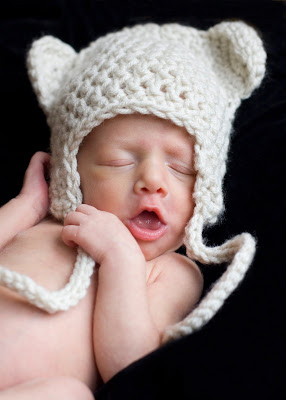 “I will praise the Lord all my life; I will sing praise to my God as long as I live.”

…is a snuggle bug.  Thumb tucked in her mouth, head on your chest (or leg!) kind of snuggles.

…sings: really lives up to her name. She contentedly squeaks and sings as she plays.

…is a little bit apprehensive of new people: unless there is a cell phone or food visible.

…eats meat and fruit and peas. Other than that… all bets are off.  Unless, ofcourse, it’s on Bronwyn’s tray.

…has some kind of secret crush on Brady.

…rarely cries, but when she does I come running. It’s usually an all out howl involving a cut or fall or the biggest burp you’ve ever heard!

…can climb the stairs at light speed.

…hardly ever sits still, preferring to flit from activity to activity.

…hates grass on her bare legs.

…looks really cute with a bow in her hair.

…is intelligently cautious. She treats her sister as a test dummy. “Bronwyn, ate that and liked it… I will too.” “She didn’t get away with that, I won’t try it.” “Bronwyn is doing something fun, let me do it too!”

…can stand up from the floor on her own (when no one is looking) and is trying a few little steps.

…will shriek with laughter if you raspberry her under her chin.

…growls like a dragon in response to our roaring (an attempt to get her to play chase).  Sometimes growls when she doesn’t get her way.

…is compassionate. She can’t stand to hear another baby cry.

… crawls around on one knee and one foot.  She started doing this while wearing a long dress and has never quit doing it!

…continues to sing.  Her sign for “sing” is the elbow on hand with floppy wrist from the beginning of Skinamarinky-dinky-dink.   She sings that and Jesus loves me right now.  But daily she’ll still walk around humming and singing her own things

…can be a drama queen.  I still hear about an owie that happened two weeks ago 😉

…is incredibly flexible.  She literally puts her foot up by her ear and pulls up on it to escape from her crib.

… can jump 2 inches off the ground.

… is a fish!  She can easily swim the short side of the pool with her Puddle Jumper all by herself.

… will not eat peppers, squash, or mushrooms… except on rare occasions and only when raw.

… would live off of pasta, fish, raw tomatoes, cheese, and fruit if given her way.  (plus anything with sugar, of course)

… can be shy/scared both of people and new experiences.

… chatters up a storm when she’s exhausted.

… gets super upset when she seriously disappoints her parents.  A few nights ago she came down with quavering lip one hour after bedtime to announce that she had climbed out of her crib, was exhausted, and couldn’t get back in without our help.

… will not ask for help easily without prompting.  She prefers to squeal.

… will clean up with a rag or broom on request.

… follows 2 and 3 step instructions and still loves to please.

… thinks crawling under mommy and daddy’s sheet is the most hysterical/entertaining thing in the world.

… will boss dogs and little boys (bigger than her) around without a second thought.

…would eat ice cream until she got sick if given the opportunity.

…loves to have her hair done: the fancier the better

…thinks an ideal day would be having mommy and daddy to herself.

…will sit still forever in concentration.

…often plays by herself contentedly.

…swims around the pool happily independent in her puddle jumper.

…adores mustard on her eggs.

…still loves burrowing under the covers more than anything

… has relinquished her puddle jumper in the shallow end of the pool.

… can sound out some words

… love to pretend to be a cat/horse/unicorn/imaginary creature of choice.

… can do forward roll and a donkey kick cartwheel

… has discovered internal motivation simply b/c Mrs. Valerie said “We don’t say can’t,” when she was on the rings at gymnastics