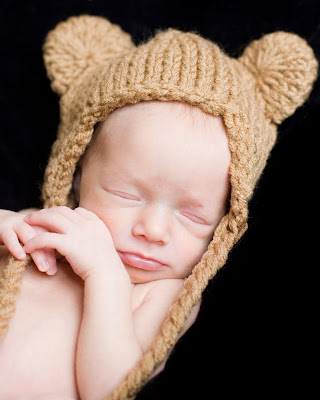 “… Continue in the faith, stable and steadfast, not shifting from the hope of the gospel that you heard.”

…has an incredible capacity to focus.  She will play with one thing for 20+ minutes until she has figured it out.

…loves an audience.  She will do things just to get everyone’s attention.

…loves to experience new people. While she loves to focus on figuring out toys for long periods of times, she flits from person to person when in a group setting to talk and socialize.

…giggles like a madwoman when you put her face in her sisters and make growling noises.  Especially if a body slam into her sister was also involved in her flying antics.

…is fascinated with peoples lips.  She’ll reach up to touch them (I think it’s because she wants you to kiss her sweet hands)

…randomly cries when I leave the room and she’s not right next to her sister.

…is a drama queen.  She cries so much more than Aeralind at little nicks and bruises.

…loves to climb under the downstairs coffee table to get in the space between the window and the couch.

…can’t get enough of noise.  Banging Corian samples together, or hitting sticks on boxes, or shaking her birthday egg toy.

…is confident.  She’ll just go ahead a try new things with gusto!

…is a certifiable burglar.  I can’t comprehend how good she is at stealing: sister’s toys, hidden bananas, daddy’s glasses right off his face.  She’s so fast you hardly see it happen!

…lifts her arms up to be picked up.  Usually gives you a brief hug around the neck when you do pick her up.

…occasionally lays all over Aeralind because she knows how much she loves it!

…loves to crawl up and over people and things on the floor.

…will eat just about anything… at least a little bit.

…delights in being praised in words or laughter.

… cannot stand to hear anyone cry.  She must fix it with pacifier for a baby, or hugs for a grown up.  Or she’ll just stare helpless.

…has a superpower: she can convince semi-willing victims that she is unable to walk (Papa, Gwampa, Auntie Kay Kay, Auntie Jenn).

… loves to figure things out and will sit still forever while figuring things out.

… believes and demands that everything has a place that it should go.

… tests and enforces boundaries because of the above belief.

… loves to snuggle up between mommy and daddy on cool mornings.

… would live off broccoli, cheese, yogurt, fruit, and anything with sugar in it or cold if she had her way.

… surprisingly, hasn’t figured out how to get out of her crib yet.

… is still a dare devil.  She’ll jump in the pool head first, go down tall slides, and try anything I ask her to do with excitement.

… is super clingy when she doesn’t feel well or when she senses something going on emotionally in her caregiver.

… uses words and signs (most of them made up or modified) to communicate equally.

… has never met a stranger and often tries to go home with them!

… can jump about an inch off the ground, but prefers jumping off structures.

… voluntarily and without prompting, blows or tries to give kisses to nursery workers or people leaving her presence.

… refers to all animals by the noise she thinks they make.

… hated having her hair combed so much that I bobbed her hair.  She wears the bob so well!

… still thinks she can outlast me in a standoff situation… but eagerly and humbly submits when she loses.

…struggles with the belief that she can’t do things well (or perfectly).

…would eat ice cream until it made her sick. (pink or purple ice cream)

… prefers to play with others near and will easily make new little friends.

…love Ring around the Rosies.

…jumps up and down screaming “It’s my One Day!” for this song.

…thinks a perfect day would be either reliving a birthday party every day or seeing Mr. Eric in concert.

…climbs and romps and runs and bounces more than she sits still.

…likes to take her puddle jumper off and play on the steps of the pool.

…love to eat sauces with her fingers rather than eating them on her food.

(2013)
… is scared of nothing but swimming.
… is clearly a natural leader.
… adores be surrounded by people.
… can’t get enough of verbal storytelling (and books).
… has to learn with her body in motion
… laughs like a hyena.
… loves ballet class but not performing.
… loves to give things to her friend and family and also to receive them.
… favorite song is How Great Thou Art…. and Skillet’s Monster