Full Disclosure: If you’re like me and managed to completely fail an open book statistics test in college, then this post might be extremely boring to you.  I’m going to try to use the simplest language possible to help us all out while trying to understand this necessary part of manually setting your exposure, but bear with me through the confusion. It may be a long number filled ride. However, I promise you’ll have the knowledge to learn to precisely change exposure when you’re finished reading… even if you’ll need to practice for awhile longer 🙂

What is a Photography Exposure Stop?

A stop is a measurement of the relative brightness of the light used when setting exposure.

Super helpful, huh?  Yeah, that’s as plain as I can define it in the English language.  So this is where we start diving into the math portion so it’ll all make sense.

We’ve talked about stops just a little bit when we explored exposure value/compensation in this post on Program Mode.  Remember how the assignment was to shoot a few things at -1, -2/3, -1/3, 0, +1/3, +2/3, +1 to decide which exposure we liked best in certain lighting situations? 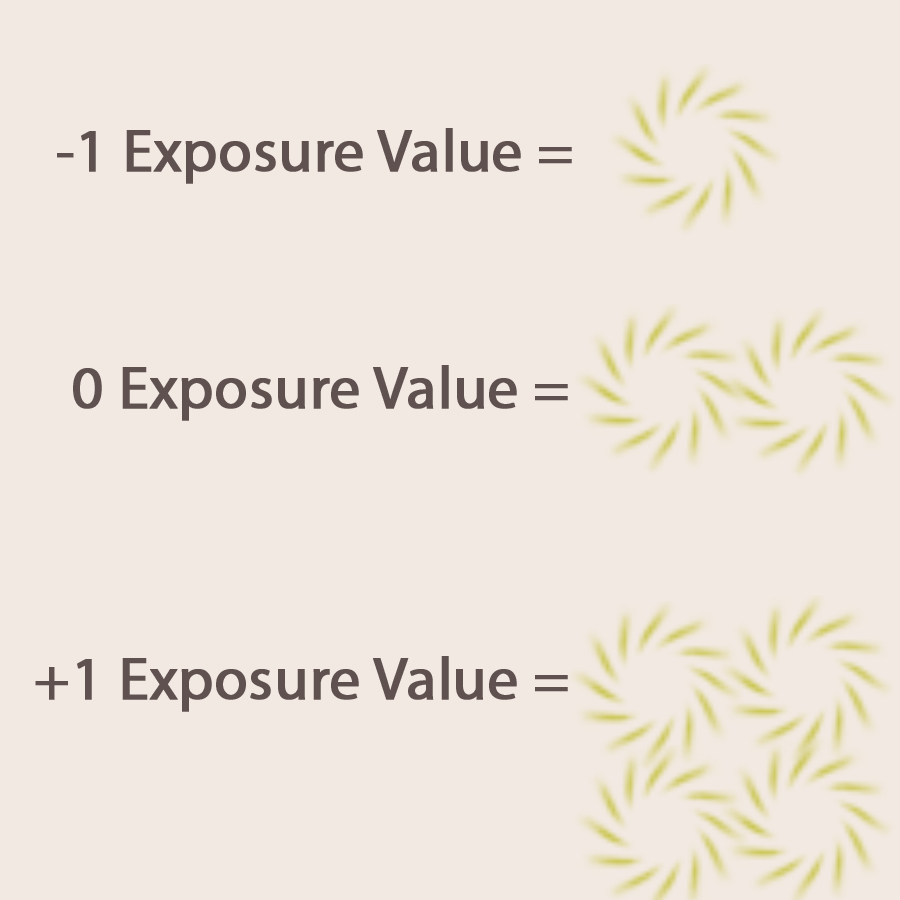 Exposure Stops in Relation to the Whole Exposure

So lets say you’re sitting at your desk typing this post and you snap a photo of your workspace, because you really don’t want to go anywhere to take a fancy photo for this post (yet). 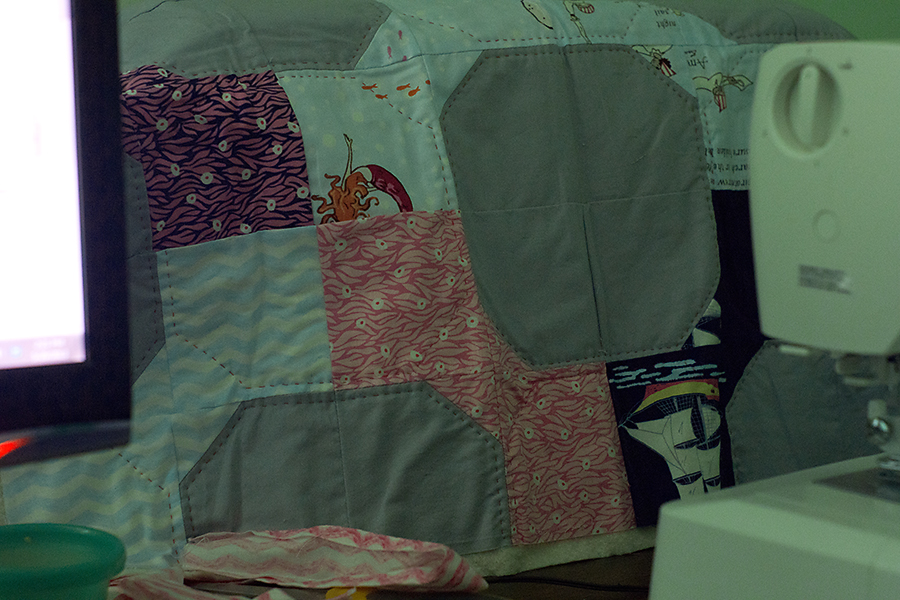 Then you bump your whole exposure to 0 on the little exposure value scale. 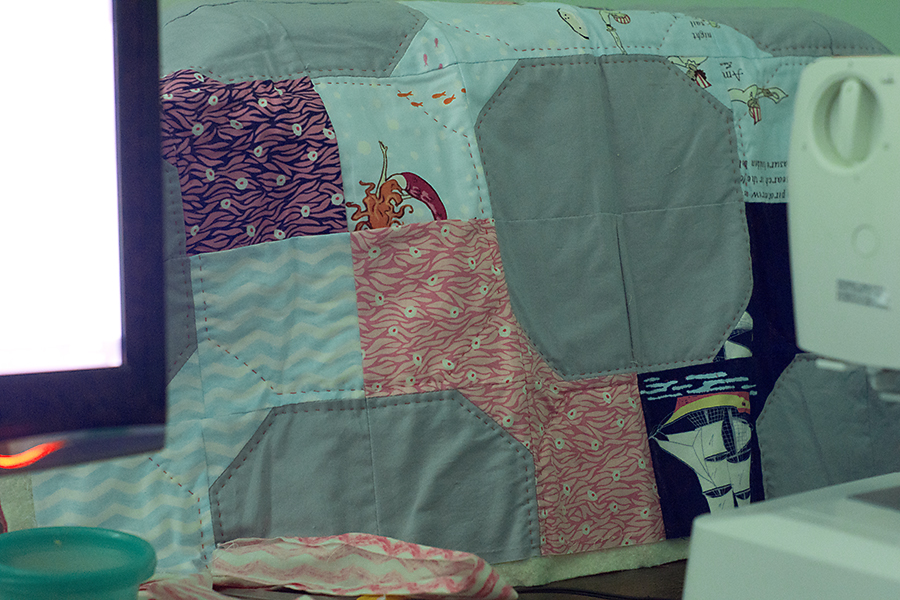 Not too bad and twice as bright as your previous exposure. 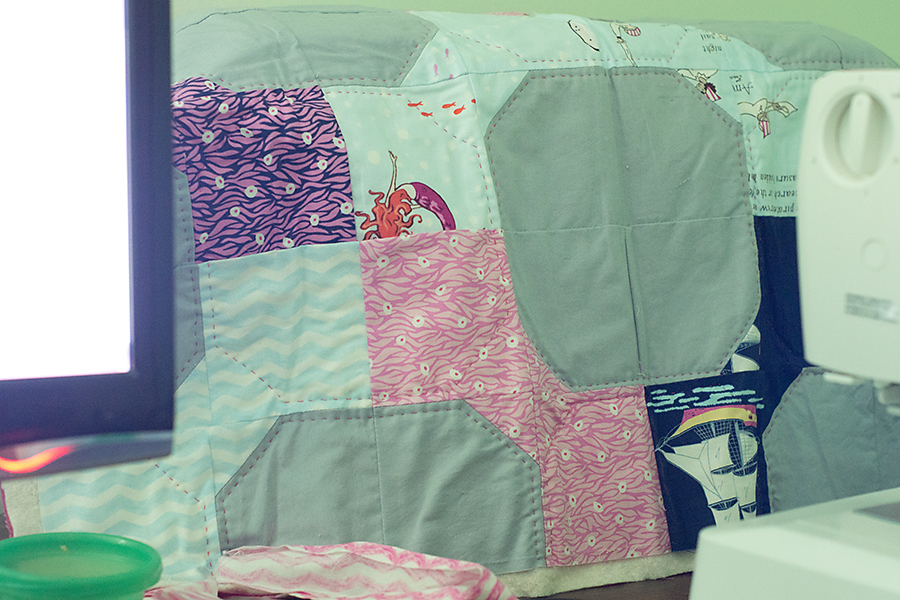 Whoa!  Computer screen and sewing machine corner whites are blown out because your exposure is four times as bright as your initial exposure.

You hanging with me here so far?  Because we’re about to further explore the definition of stops.

(Please don’t hesitate in the comments to let me know where the math loses you.  I’ll try to explain again where it gets foggy.)

Exposure Stops on Each Side of the Exposure Triangle

Each member of the exposure triangle has a stop value.  We’re going to explore the numbers denoting a full stop for ISO, Shutter Speed, and Aperture. Then we’ll come back to figuring out how to change variables and still keep the same exposure value.

Remember our Camera ISO Scale? This stop scale is pretty straight forward.  Parallel to the concept of stops: each number is doubled from the number before. 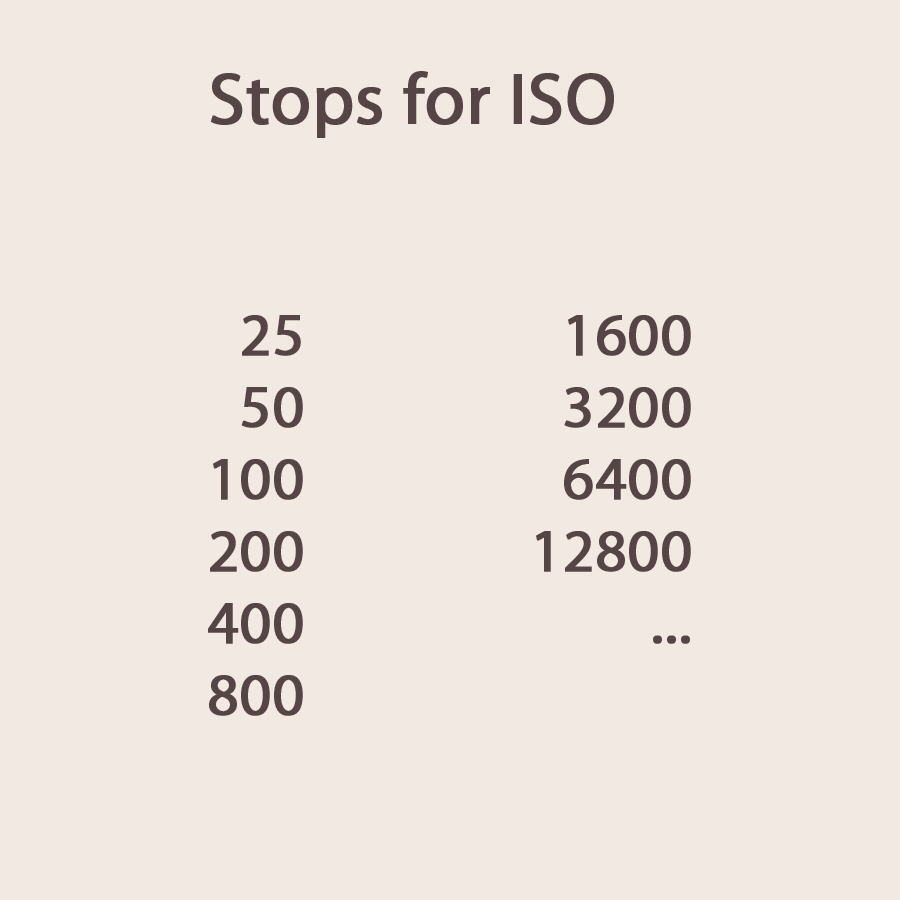 Shutter speed is also pretty straight forward.  The numbers still basically double for each stop, although there are a few little jumps (1/8 to 1/15 of a second, and 1/60 to 1/125 of a second). 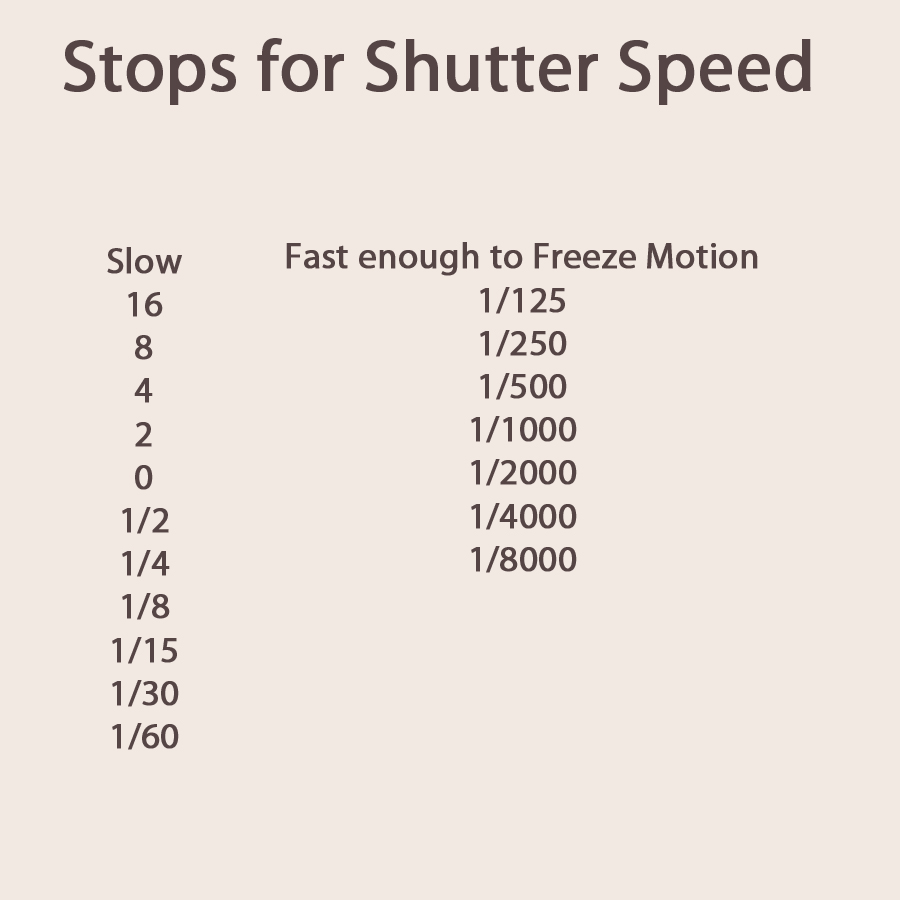 Aperture is where the stop scale numbers go a little crazy.  Only here do they no longer mirror the divide by 2 or multiply by 2 to get the next stop rule that the previous two categories generally followed.

Whoever gave aperture their number reference points had a reason (probably math based), but the just aren’t neat and tidy like the other categories. 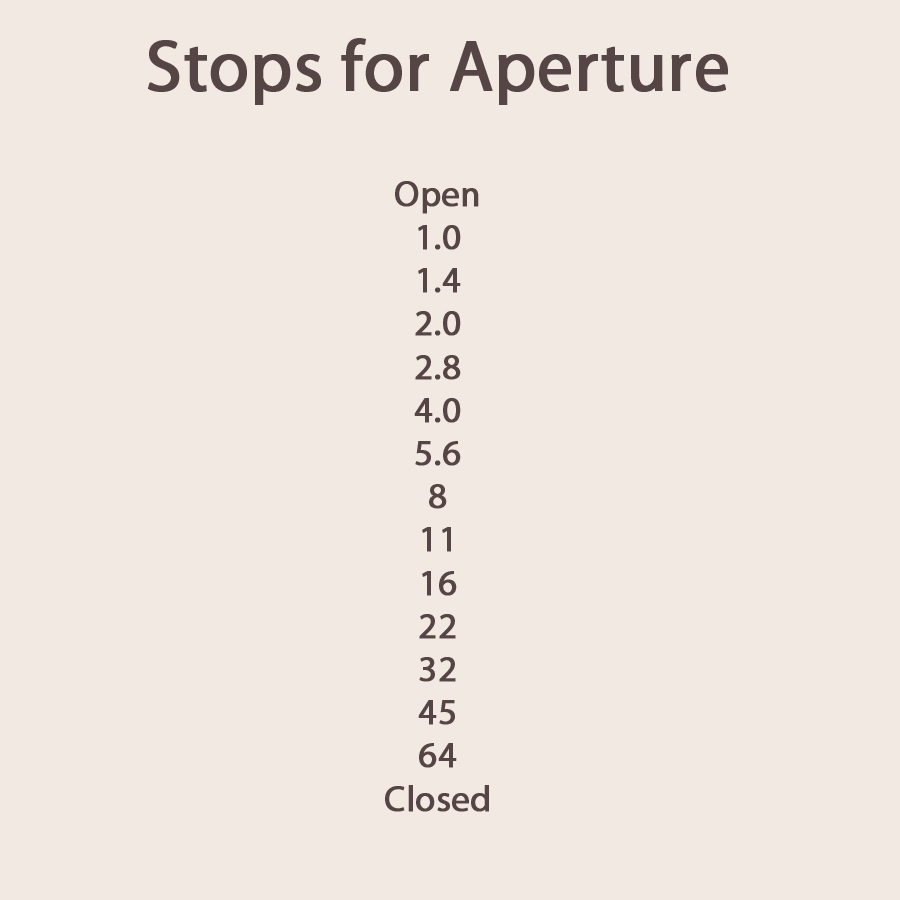 Okay, so now that we’ve got through the math bit, what one earth do stops have to do with setting exposure in manual mode? 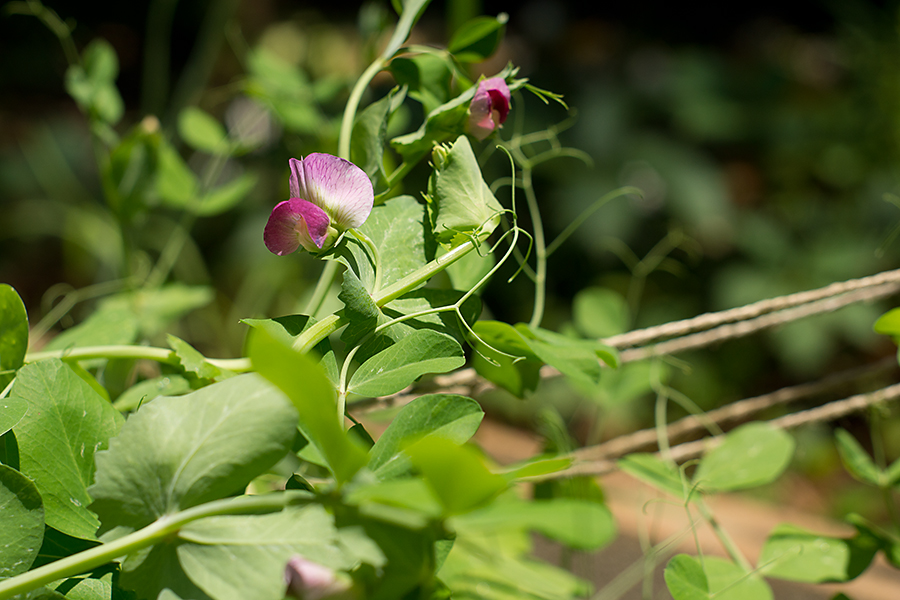 Let’s say I take this photo above with my exposure value set for 0. It’s a nice photo, but I’m not happy with it yet.  I don’t like how there’s no specific subject so I decide to open my aperture to f/2.0 to make the open pea flower the very clear subject.  If I only change aperture, I end up changing the exposure as you can see in the following image. 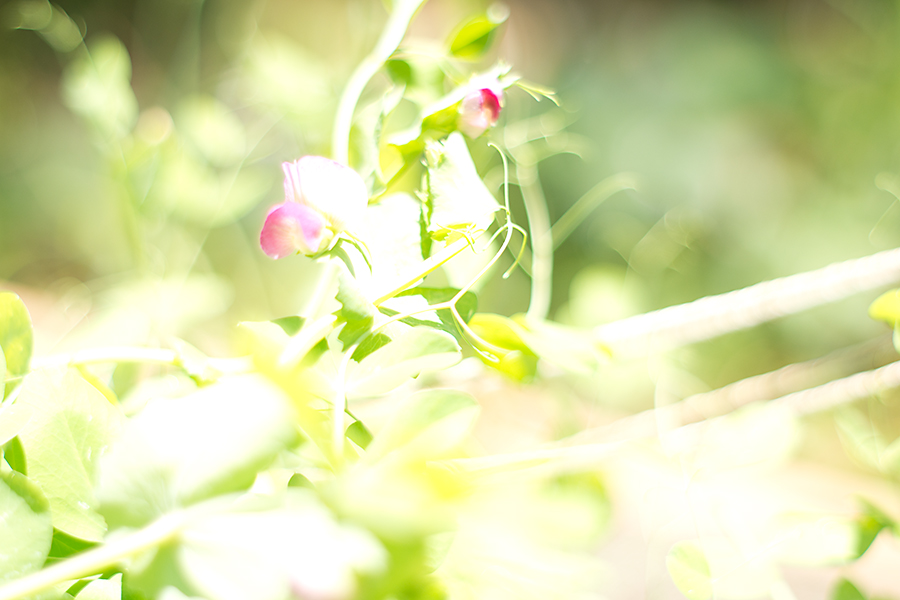 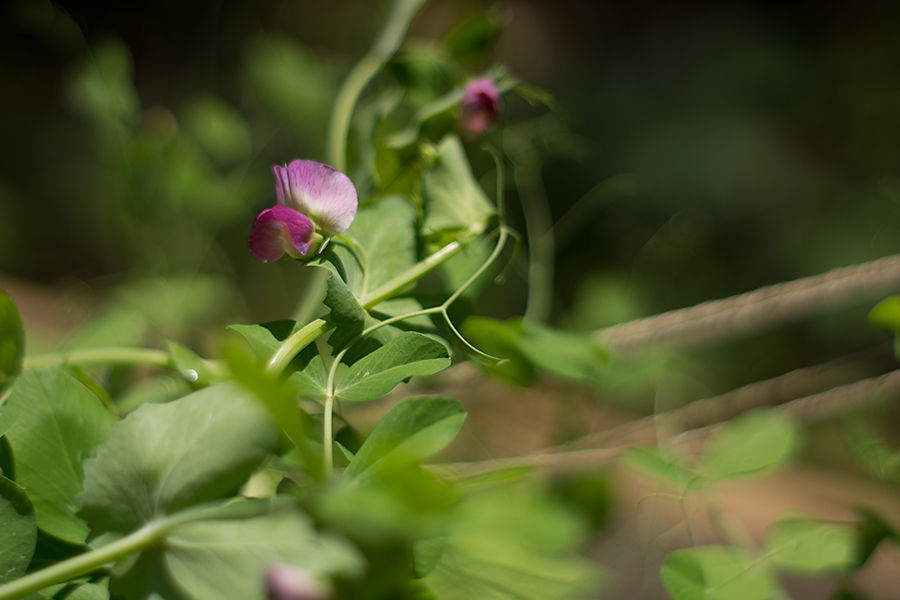 Is all the math making sense?  For some of you this is going to be the most exciting thing you read on Manual Mode (ahem… Teddy… ahem… I do like our class engineer!).  For the rest of you this is going to be sort of laborious.  I promise that knowing how many stops you changed one side of the exposure triangle helps a ton in knowing how to adjust the other two sides to get the perfect exposure with the elements that you want highlighted. Here comes your learning assignments.

Next week I’m going to walk you step by step through my shooting in manual process and the following week we’ll talk a little bit about why and when it’s best to shoot in manual mode (and maybe touch a bit on Ansel Adams Zone System.  Although that might not happen until we talk about lighting… we’ll play it by ear).