Typically Rule of Thirds is one of the first composition rules that a new photographer learns.  Let me be honest.  This may be my shortest lesson in this whole series!

To use the rule of thirds we must mentally divide the image, both horizontally and vertically, into thirds. 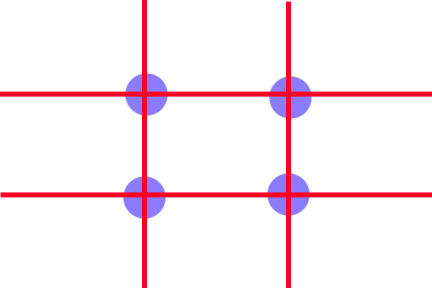 Dividing the image in thirds helps us decide where to place the important aspects of our images.

The points where the lines intersect are where a viewers eye will naturally land when first viewing an image; therefore, the most powerful place to put our subject is at one of these intersections.

Additionally, aligning an important aspect of our image alone one of these four lines creates a stronger composition.  For example, if shooting a landscape scene with a clear horizon line, you’d want to place the horizon on one of the horizontal lines dividing the image into thirds for the strongest composition.  Or placing a standing figure along that line if doing a portrait.

And that’s the whole rule.  Some photographers do this naturally without even knowing the rule of thirds and the rest of us spend a lifetime honing this skill.

Lets take a look at some of my recent work and analyze it with the Rule of Thirds. 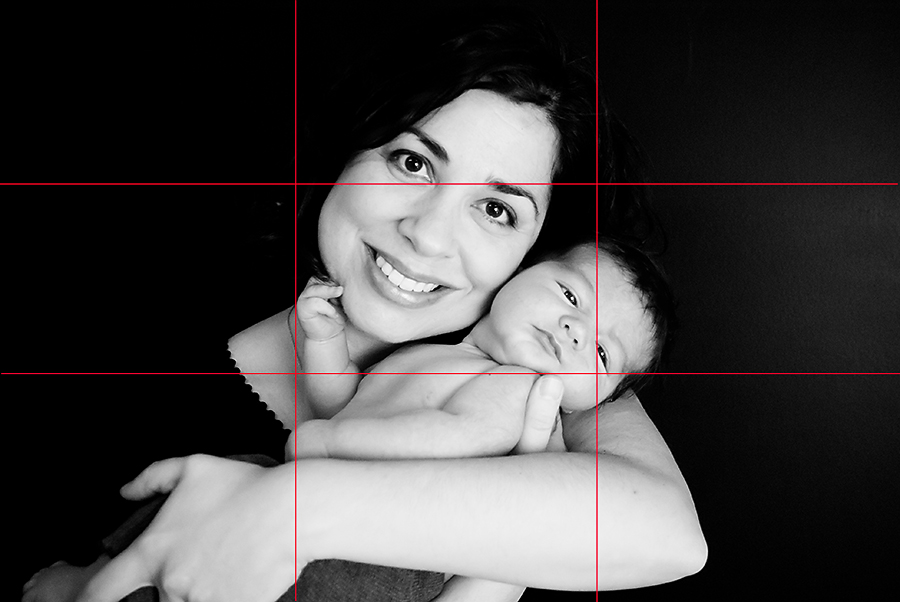 While this is a really beautiful image that I’m sure my client will love, it definitely has some flaws.  I cut off her fingers and the baby’s toes in my (in-camera) crop.  It’s also a little lacking on the rule of thirds.  An important part of the image does fall in one of the intersection points: baby’s eyes.  But mom is directly in the center.  Her eyes do fall on the top third line… but still this image’s composition is seriously lacking compared to the following image. 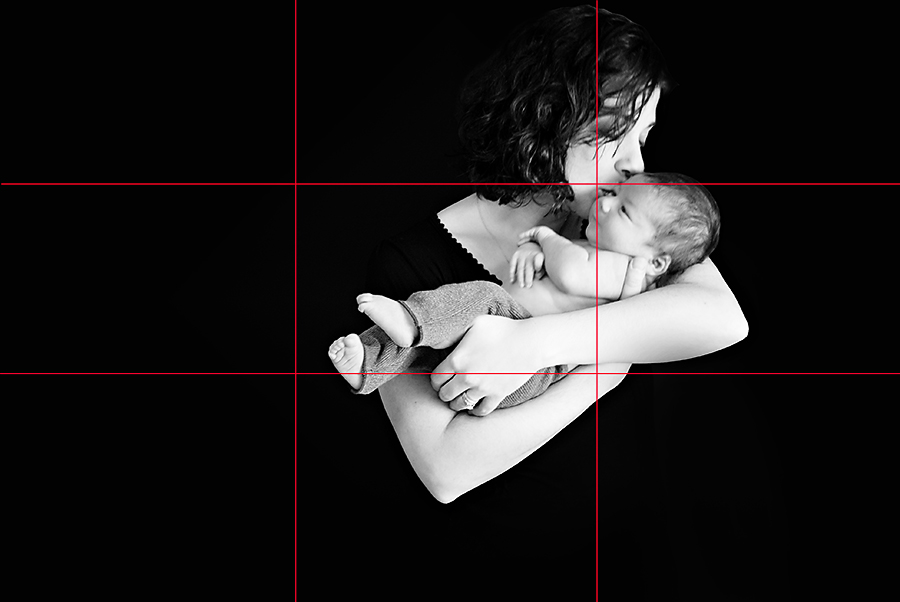 This composition makes me really proud.  Mom and baby are lined up along a third line and the kiss/both faces fall at the top right intersection. And the little dude’s smug smile… priceless. 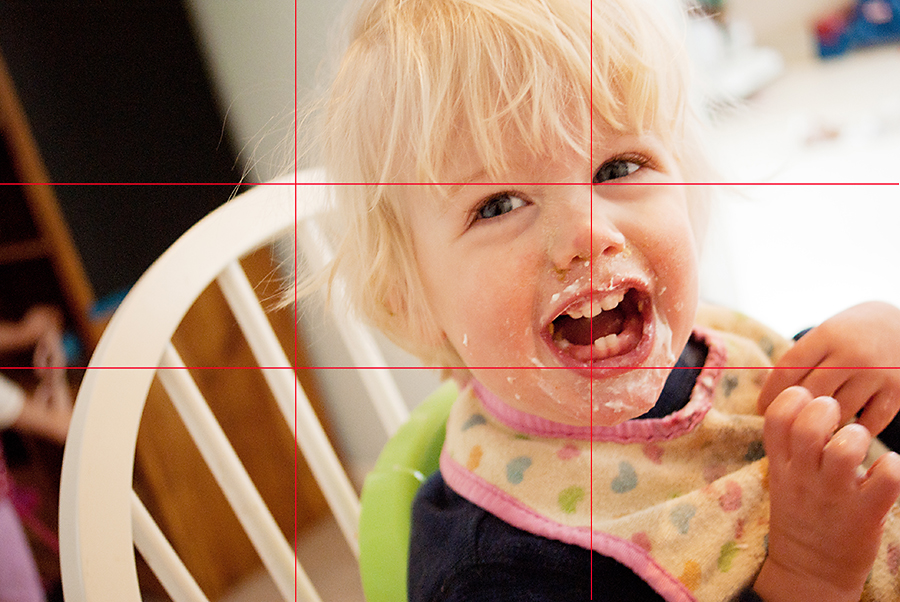 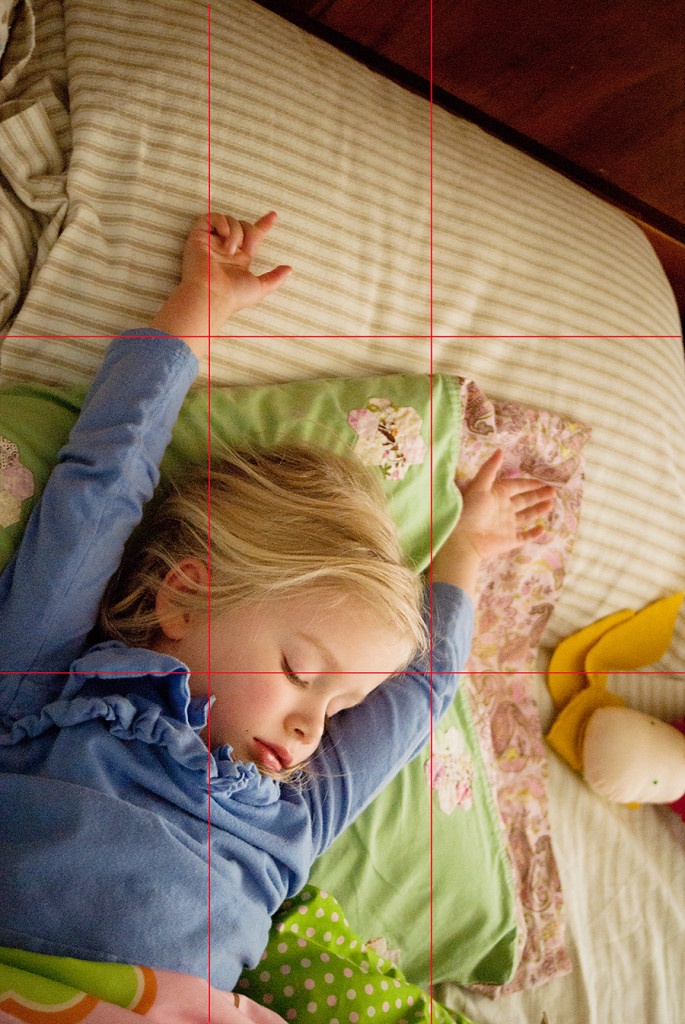 While not as strong as Sedryn’s image, this image of Aeralind also follows the rule of thirds.  Her body aligns with the left vertical line and her eyes with the top-horizontal line.  I missed putting an eye at the intersection of these lines, but all and all, not too bad.

Rules are Meant to Be Broken 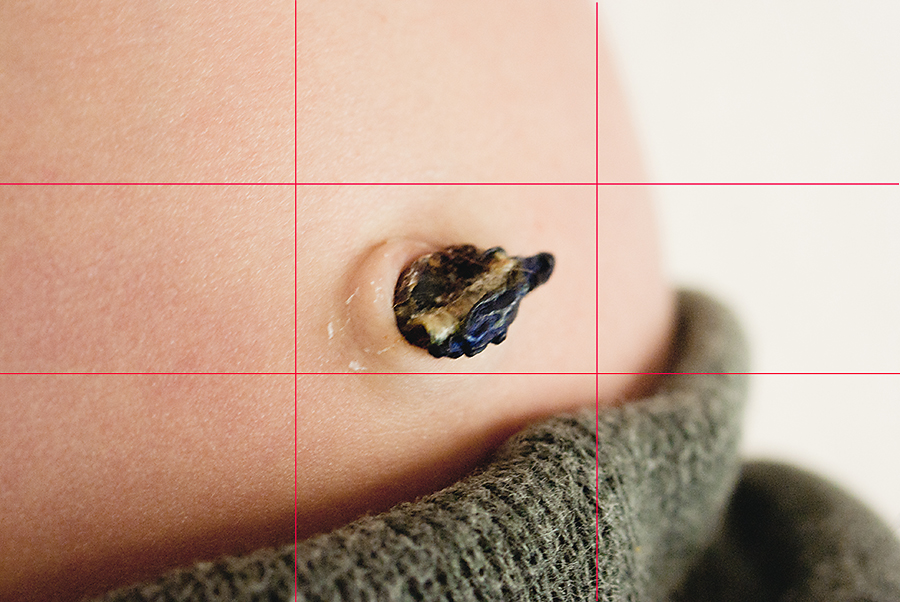 I put this little boy’s belly button right in the middle of the frame.  I chose this placement because this type of image usually ends up in a square collage with other little details in either an album or a single print.  I needed to know I would be able to get a great square crop from this image so I chose a middle alignment. 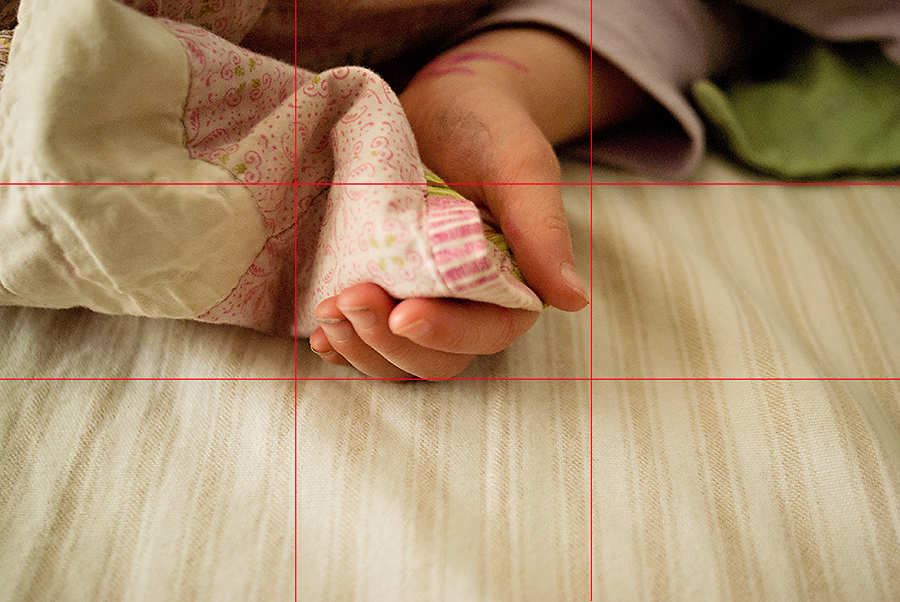 If I’m honest… I was not even thinking about the rule of thirds in this image.  I just wanted to grab this blanket corner rubbing memory before my waking child stopped doing it!  However, I do love that all of the important aspects of this image occur above the bottom-horizontal line.  I also love that her little fingers are in the middle and that the lines on the sheet do a great job of drawing your eye up to her hand.

The part of the storytelling with images assignment that corresponds to this lesson is to:

Post these images in our Flickr Group for some friendly critique.  I look forward to seeing you apply this concept.

As I promised, this is most definitely my shortest lesson yet!  Have you used the rule of thirds in your photography before?  If so, let me know in the post comments. 🙂