I just did it.

I sold all of my Bum Genius 3.0s on Craigslist. 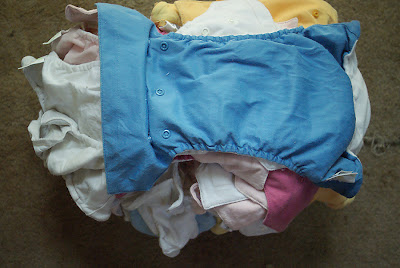 There’s two years of love on those diapers and they all needed new Velcro.  So as the girls began to potty train, I began to pull off the Velcro on the BG’s with the intention of sending them in to get snaps put on them.

Aerie was still in cloth diapers, Bronwyn was in underwear, and Sedryn was wearing a disposable/cloth combo platter.  I called Julia while at Babies R Us and asked her if the size medium gDiaper would fit the girls as “naptime” pants so I could send the BG’s in to get resnapped.  She said no.  But she would gladly send me a supply of size Medium gDiapers for the boy to wear in the meantime.

For three months I hated them.  I was trying to use my BG inserts and they just didn’t fit right.  All I had was leaks, leaks, and more leaks.

Then Angela gave me a stack of newborn sized prefolds and on a whim one day I stuffed that into my  gDiaper  cover.

It was love at first stuff… or something.  The cotton prefold mean he hasn’t had a single diaper rash and if I ever needed more, they’re super cheap!  It also meant I didn’t have to carry a huge diaper bag just to fit 3 ginormous pocket diapers if I wanted to be out for more than 4 hours.  I could simply stuff a couple cotton prefolds in a purse along with an extra gPant in case of poop. 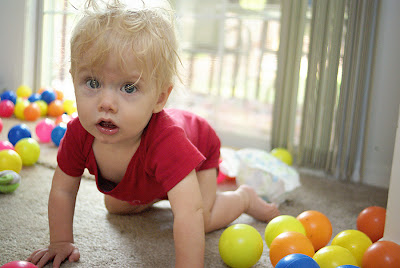 So I sold my BGs on Craigslist.  And I’m ordering a set of size Large  gDiaper  with the proceeds.

And I couldn’t be happier with the decision.

Neither could this handsome gDiaper boy 🙂