I first met Stephanie when she was just two months old. 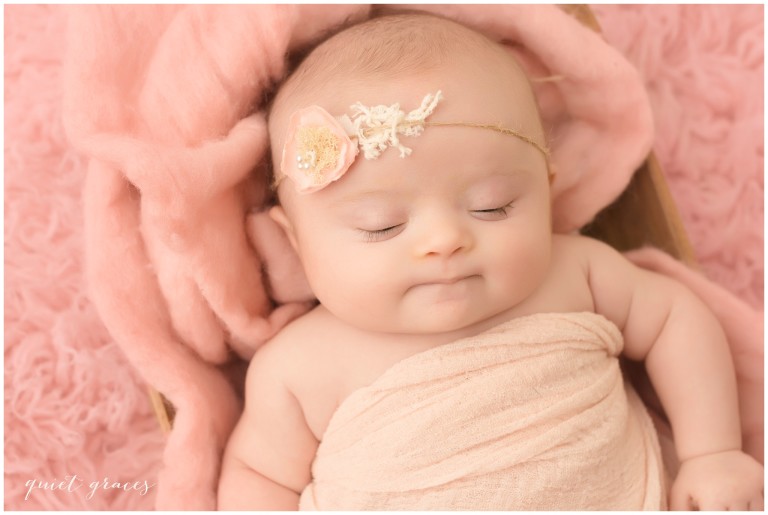 I was so very excited when her mama came back again for this year’s Down Syndrome Awareness Mini Sessions.  Actually her daddy brought her, which made it twice as fun to surprise mama with images! 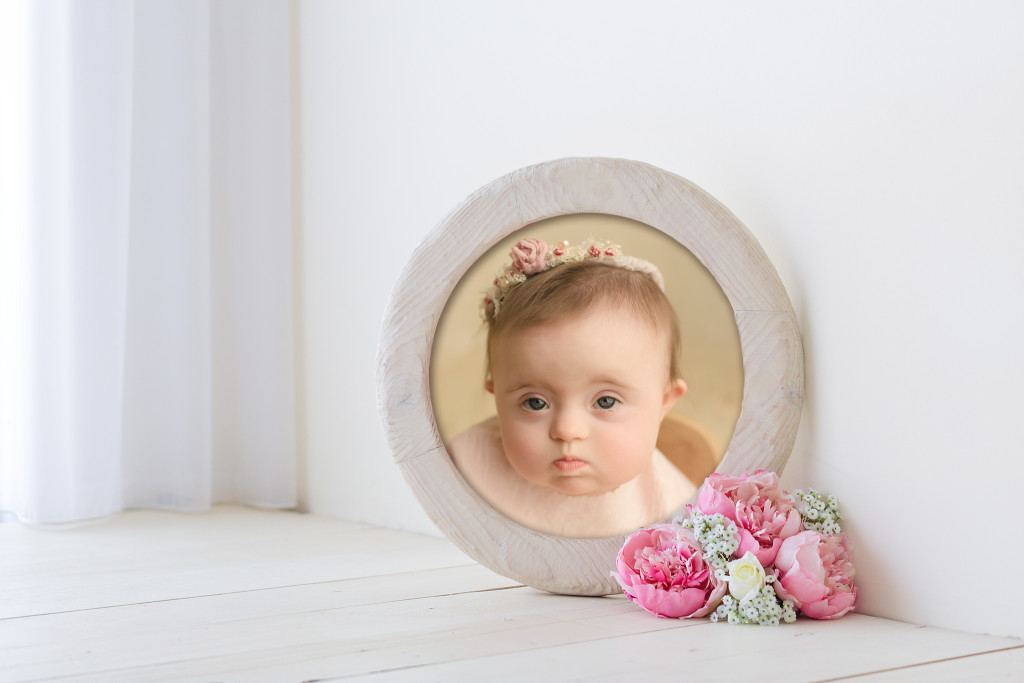 They grow so very quickly!  Stephanie was 8 months old at the time of this new shoot.  And her daddy and I were dying laughing at her antics. 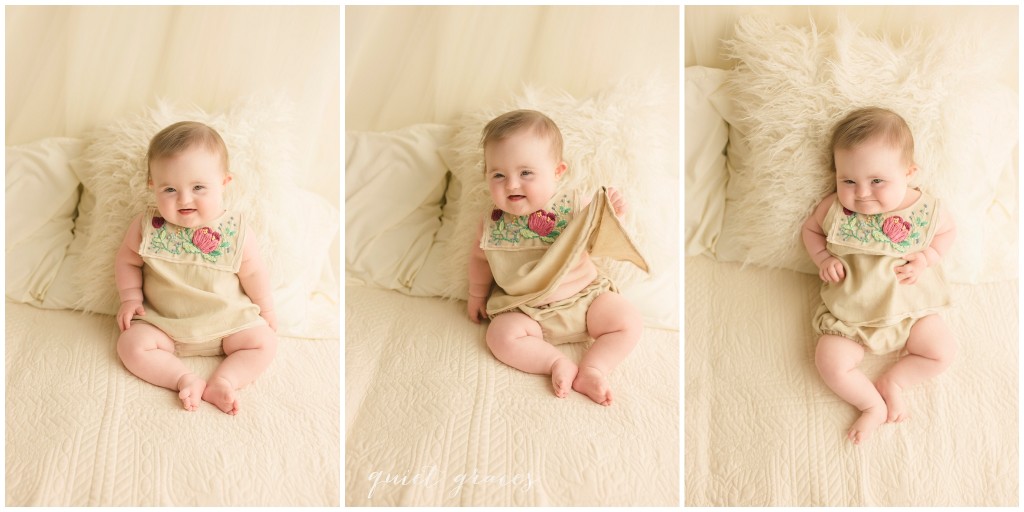 Due to the low body tone associated with Down syndrome, Stephanie had not mastered sitting up.  We had propped her up on the pillows on our bed set up and we would have approximately 45 seconds to take a few images before she would intentionally roll herself off the pillows.  It was hilarious.

Obviously Stephanie has a sense of humor, but her mama also described her this way: “Stephanie is sweet, calm, and laid back. She has an adoring 2 year old sister who loves to entertain her and make her smile. Her favorite activity is playing with her toy piano and drum.”  Sounds pretty much like every other baby you meet with a two year old sister, right? 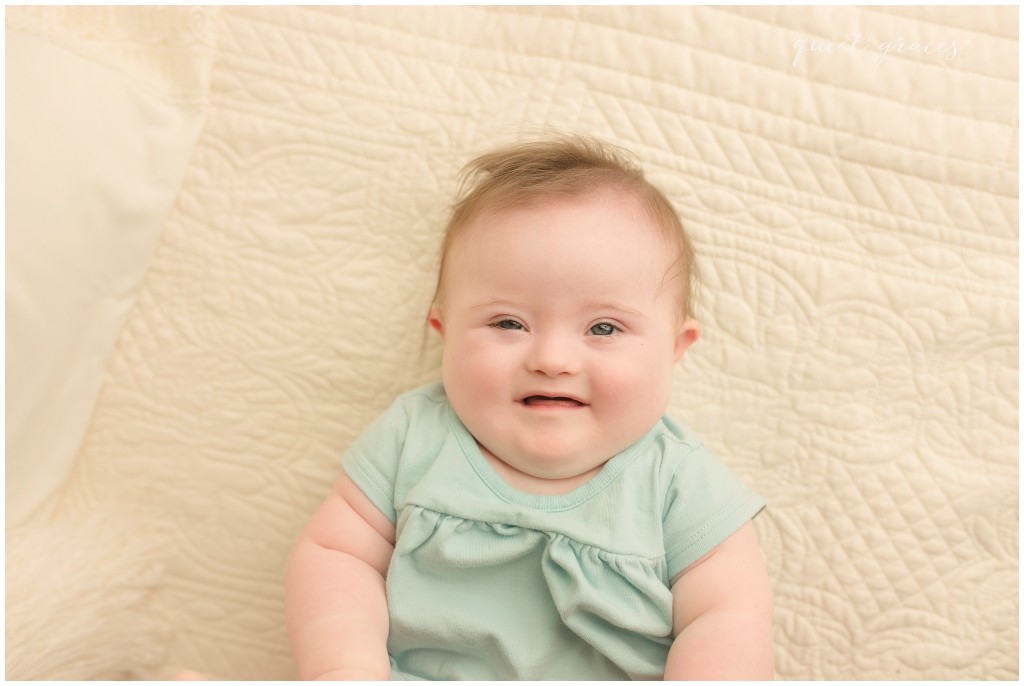 Stephanie’s mama Amanda had this to say to other mamas expecting a little one with Down syndrome:

There are many, many, many more joys then hardships in raising a child with special needs. At first, it’s easy to think of all the hardships, but soon the joy will overcome that. 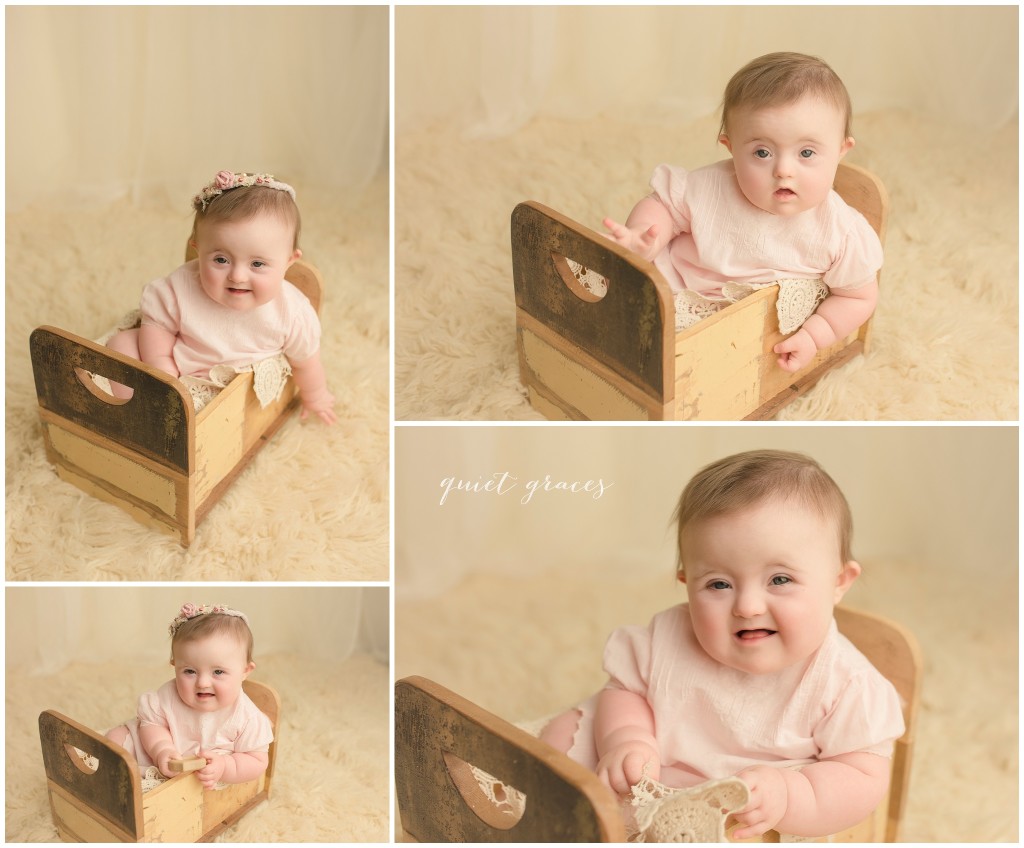 I know that I have found so much joy in getting to know these children and their parents.  I’m so grateful to be given this opportunity to show everyone just how amazing each of these families and children are.