That woodpecker is outside again tapping on a new corner of my house.

My husband and his father made him a birdhouse and applied it right over the hole he had been carving.

It’s the perfect house for a woodpecker.

And he doesn’t want it.

What right does he have to reject a good gift crafted just for him?

And thinking about his rejection, I lower my head in shame for the many times I have done the same.

No thank you, God, I don’t want to spend the first summer of our married life laid off and unable to find work.

No thank you, God, I think I can solve this situation my way instead of waiting on you to answer.

No thank you, God, I don’t think your plan right here is good enough.

Last night, upon being woken by a moaning child for the 7th night in a row, I had a small victory (lets just say the other 6 times weren’t always victory.. ahem).

I laid there listening to her cry and I gave thanks.

And within about 40 minutes we were all asleep again in our cozy beds.

Giving thanks is shifting perspective day by day.

878. Cheerios and sippies and benadryl given in the middle of the night
879. Derek’s parents arriving safely
880. My father in law, Andy, replacing a built in desk with a cabinet in my kitchen
881. Cooking up a surprise with Derek’s mom
882. Apple cake with brown sugar frosting
883. Bronwyn cuddling with Andy
884. Aeralind leaning one Carol
885. A morning out with Derek (alone!) for Chick-fil-a
886. New red shoes
887. Aeralind in my moby wrap on a long hike
888. Bronwyn in a hiking backpack talking to her daddy
889. Going to bed early
890. Snuggling weather returning
891. Growing enough not to lose my temper or cry at my third package mishap
892. A message left to encourage Karen
893. Days spent at my sewing machine
894. The Tortoise and the Hare 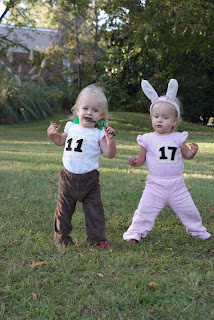 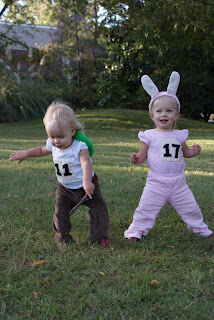 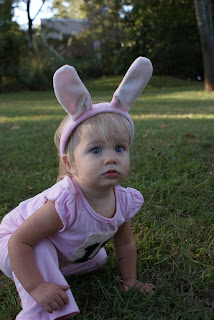 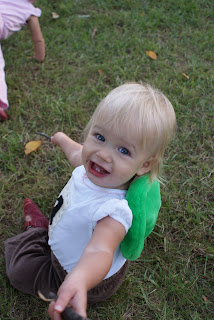 895. Pumpkin Carving with the girls 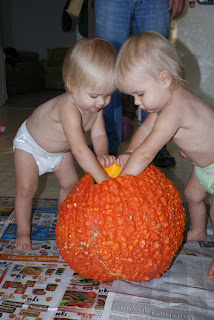 896. A God who delights in giving good gifts to His children