Last week was rough.  Derek was working an extra hour a day since his boss was on vacation.  That meant he saw enough of the girls in the morning to change a diaper and help me with their morning nursing, and if he was lucky he was home again in time for bedtime prayers.

It was exhausting for me.  And it was only a 4 day week.

(Single moms: you are my heros! What grace God must share with you!)

Thursday I needed to get out of the house before I started talking only in Dada, mumma, lala, and graraws.  I also had library books due the next day.  A natural progression.

Off we went to the library where I let my crawlers roam free.  The play with the little mirrored standing toy or crawl around and bang on the empty portion of a shelf.  They don’t disturb the library silence too much most days and it wears them out to be exploring a ‘new’ place.

I’ve often noted the skinny librarian crawling around on knee pads, shelving books in the children’s section.  We have never spoken, but I have always thought that the knee pads were clever.

I never made the connection until the girls decided they wanted to make a friend.  They befriended the librarian with knee pads.  The one who owns the wheel chair.  The one who must have cerebral palsy.  The one I apparently cannot comprehend but about half of what she says.

My girls adored her.  Indiscriminately.

They watched her put books up.  They tried to take books out to mimic her.  They chased her around, crawling just as she crawled.  They banged on the shelves where she was working just to see her smile.  They touched her hand wonderingly to play with her watch.  They adored it when she showed them how to use the steering wheel/controls on the mirrored standing up toy.  They would have followed her as she labored with her walker to relieve herself.

I felt awkward, stumbling, and unable to understand the librarian as she spoke to me for the first time.

But they knew what she needed: a friend.

It was a miracle of wild grace love unfolding in front of me.

582. Meeting the librarian
583. Really seeing the librarian
584. Little girls loving on the librarian
585. Friends coming over to make baby food together
586. Holding Ashton after he awoke from his nap
587. Working on the first birthday invitation as Derek enjoyed the crazy fellowship of our small group
588. A working vehicle
589. Making it through the week
590. Free Chick-fil-a and the Friday Lunch Date with daddy and his girls
591. The laughter of making lasagna following a recipe with four other women.
592. Mandy cuddling with Little Eric
593. Five of six ladies from small group enjoying brownies and sharing about our (mostly) new motherhood journies
594. Hugging Heather 2 as I left
595. Laughing as Heather 1 had enjoyed her girls evening so much that she initially walked out of the house without her sleeping infant in his car seat.
596. Derek watching babes to make that evening possible
597. Safe arrival of my neices and nephews
598. Mariana reading a book with me on my lap
599. Boys in the yard with sticks.
600. My husband enjoying the secret world of brothers with his younger brother
601. Matthias running around in a handmade knight costume
608. Malachi running around in a handmade pirate costume
609. Marq making Mt. Pepperoni on the kid made pizzas
610. Time to listen to Sarah’s heart
611. My downstairs looking cleaner when the boys left it, then when the arrived
612. Marq cuddling with Bronwyn 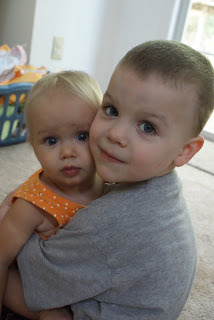