Toddler Activity of the Week: Explosion!

A & B love to watch the picture slideshow screen savers and ask questions about their life.  The other day pictures of the snow from 2010 came up.  They asked what they were doing.  I explained (as best as I could to almost 3 year olds) what snow was.

Daddy came home that night and when he asked the girls what they wanted to do after baby went to bed she demanded:

Um…. how were we supposed to give her that?

So I grabbed a bar of Ivory soap and did an awesome science experiment that I’ve seen in a couple of places.  I threw it in the microwave for 2 minutes and blew it up. Because Ivory is the only soap with air pumped into it, the stuff expanded to nearly fill my microwave. 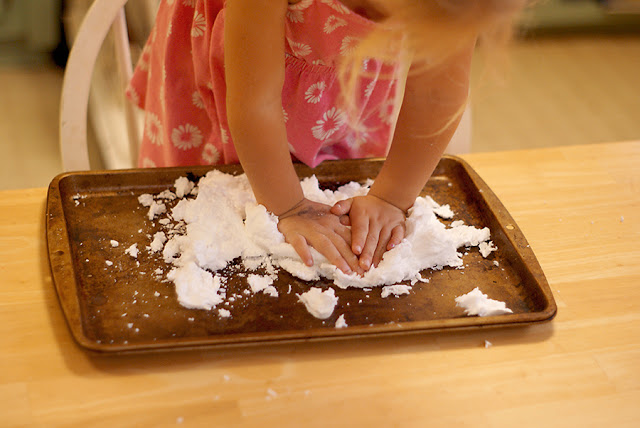 I split up the powdery stuff and let them play on a baking sheet for as long as they wanted.  Bronwyn couldn’t keep her hands out of the stuff! 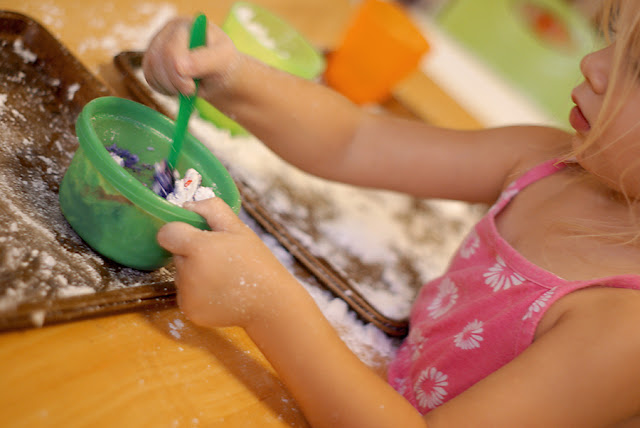 After about 45 minutes of play, I added a few drops of food coloring to piles of soap and let Bronwyn stir in some water to make bath paint.  45 minutes later, two very soggy girls emerged from their very clean bath tub.